On Thursday 15th August it will be 25 years since John Flanagan joined Aycliffe Fabrications as an Apprentice.

John started his training at South West Durham Training in 1993 after leaving school and came to Aycliffe Fabrications in 1994 as an Advanced Apprentice. He studied for his City and Guilds Fabrication and Welding certificates at Wearside College and received an award as an Outstanding Apprentice.

In 2001 after completing his apprenticeship and working as a tradesman John was promoted to Senior Tradesman to reflect his increased knowledge and ability.

John’s excellent skills in fabrication work have contributed to the company being able to manufacture a wide range of diverse products ranging from very large tanks to intricate stainless steel items. He has also taken a great interest in passing these skills on to younger apprentices to ensure the continuity of his profession and the traditional skills used at Aycliffe Fabrications.

In addition to John’s fabrications skills his outside interests in photography and computers have also contributed to the success of Aycliffe Fabrications. He has always been on hand with his photographic equipment to take quality pictures of our work and his interest in computers has really helped with the recently installed pressbrake and plasma CNC machine. Both of these machines have meant training in new skills and John has been at the forefront of this, always helping to make the most of the equipment and teach others the skills.

The company are very lucky that John has made his career with Aycliffe Fabrications. We believe this is down to him being an extremely skilled sheet metalworker and having the opportunity to use his skills on such a wide variety of jobs as well as working for a well established company.

The company held a surprise celebration for John last week which involved his colleagues and family. Christine, our MD, presented John with an engraved whisky glass and holder, a bottle of whisky and a cheque to say thank you for his continued commitment to Aycliffe Fabrications.

Companies we work with

Struggling to find a solution?
Come to the experts

Having known of the reliability and quality of Aycliffe Fabrications work by previously consulting with them on various projects I was more than happy on this occasion to ask them to undertake the fabrication of my sculpture. It was a pleasure to work with them in every detail of the work, where they provided a quality service and I look forward to working with them again in the future.

I've used Aycliffe Fabrications on several occasions over the past 8 years. I cannot fault the entire service, ranging from design to execution and installation. The workmanship is of the highest order and whether the job has been to fit bars to windows or create an entire new gateway I have always been 100% happy with the work carried out. The finished work is always of the highest quality and will undoubtedly last for decades. 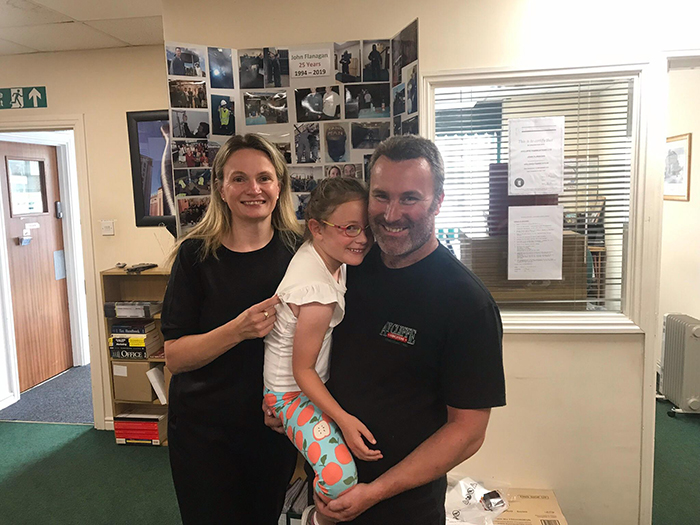 Aycliffe Fabrications are proud to be certified in the above.